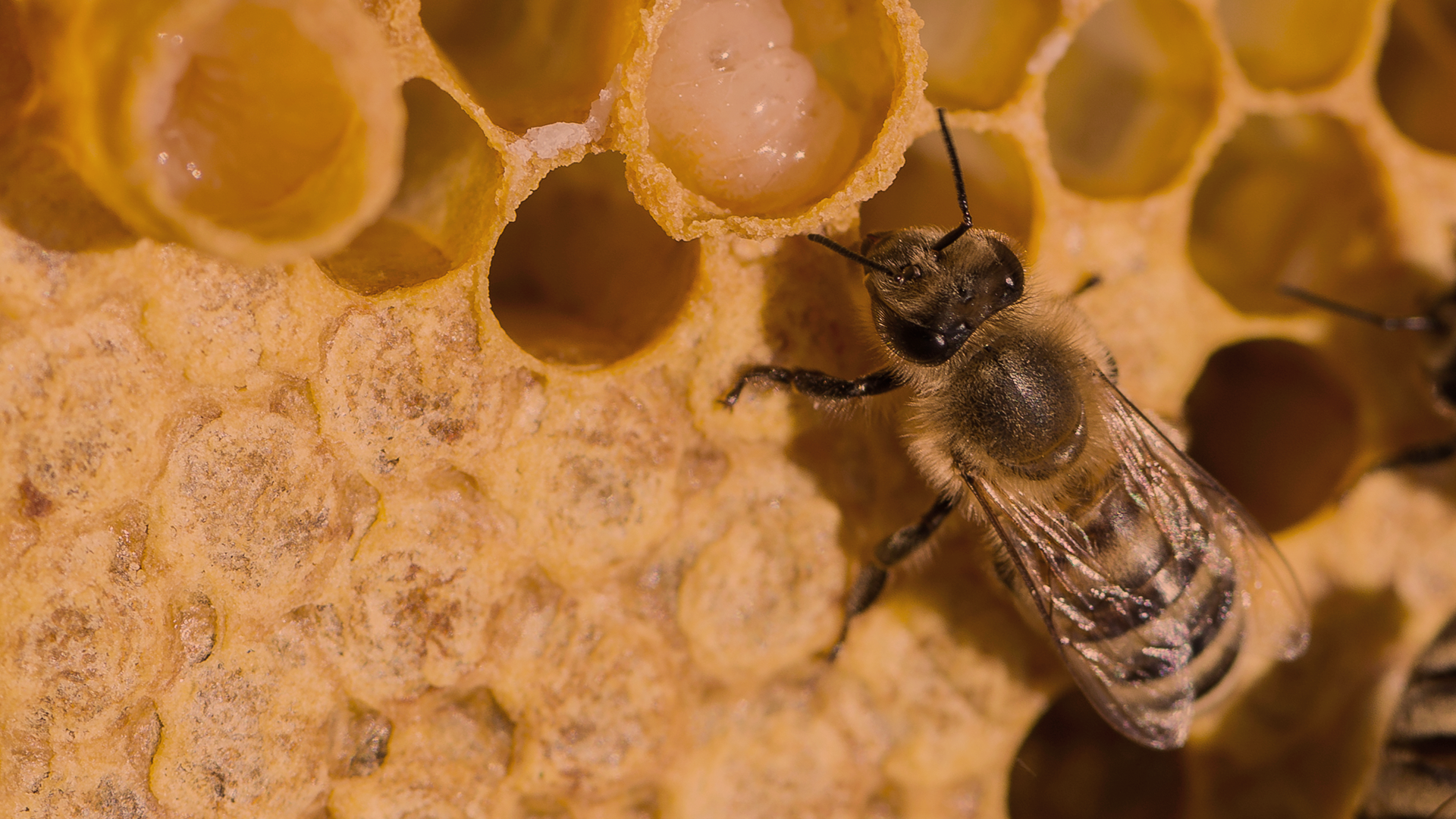 Properties and benefits of Royal Jelly

Royal jelly is a well known beehive product. It is used for its health benefits for centuries, especially in Asia. Over the years, researchers identified a natural active ingredient which seems to be responsible for many properties of royal jelly. Nowadays, royal jelly is a product used in food, cosmetics and nutraceutical industries. Let’s have a look on traditional uses, composition, properties and benefits of royal jelly.

Royal jelly is a light yellow pearly substance known to be the sole food of the queen bee. Did you know that royal jelly was also much appreciated by sovereigns during Antiquity ? The legend tells that this beehive product was used to increase life expectancy and sexual vigour during ancient times.

In Asia, royal jelly has been recommended for centuries as general tonic and remedy for many illnesses. In Eastern Europe, it is classified as an adaptogen. Adaptogenic substances are used to increase body’s abilities in order to face various stresses.

The identification of a potent active ingredient

In the 20th century, many researches have been carried out on royal jelly. Researchers analyzed especially its composition. This beehive product is composed of 65% water and contains several nutritive elements such as sugars, proteins and lipids. It contains also minerals like calcium, B vitamins, acetylcholine and various antibacterial compounds. These last ones have proven to be efficient in fighting Escherichia coli B and bacteria of genus Proteus. However, this is the content of 10-hydroxy-2-decenoic acid (10-HDA) which mainly arouse interest of researchers. They often present 10-HDA as a natural immunostimulant.

>> Criteria of the standard ISO 12824 for a quality royal jelly

Thanks to numerous studies conducted on royal jelly, this substance is today associated with plenty of benefits. For example, royal jelly is known to be effective during severe fatigue and intense stress periods. It is also commonly used for stimulating the body’s defences and preventing infections, especially with the onset of winter. Moreover, several studies highlighted antioxidant power and anti-aging potential of royal jelly. Benefits of royal jelly are now used in food, cosmetics and nutraceutical industries.

Royal jelly is often used in nutraceutical industries thanks to its health benefits. But how to be sure to select only the best quality? Find out all our advice in our free ebook on how to choose a royal jelly

In short, find the main results of the scientific journal on our ingredient.. by Marc Roller, PhD

Conducive to food innovation, this ephemeral, delicate and poetic flower is.. by Nadine Bromberger

Cultivated flax belongs to the Linum genus which includes 200 different.. by Chloé Blanchard

In what applications can Baobab powder be used?

In this article Natural Origins lets you into the secret on the most promising.. by Chloé Blanchard

The characteristics of our sourcing of Baobab

Convinced of the potential of Baobab in nutrition, we would like to give you.. by Maxime Angelucci