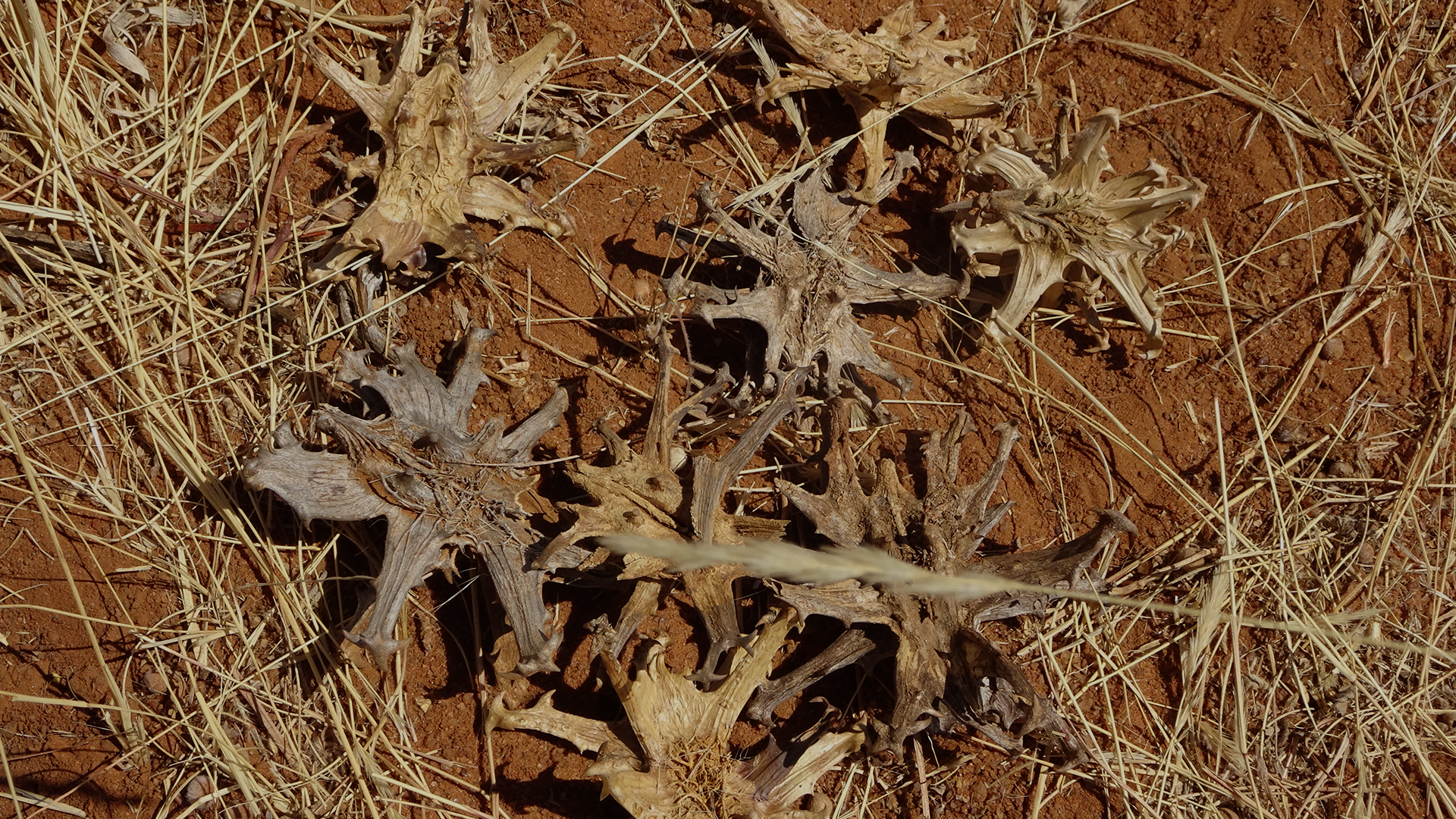 Benefits and properties of harpagophytum

Harpagophytum has frequently appeared in the general press for several months. It has been presented as the new remedy and flagship of phytotherapy. In fact, this medicinal plant has been known and used for several centuries. Its therapeutic potential was discovered by people of Southern Africa first, before interesting international scientific community. Thanks to many studies, researchers identified powerful active ingredients and confirmed therapeutic properties of harpagophytum. Let’s have a look on traditional uses, active ingredients and main benefits of harpagophytum.

Traditional uses and virtues of harpagophytum

Harpagophytum is a perennial plant recognizable by its purple flowers, its fruits and its voluminous roots. It was discovered by indigenous people in the Kalahari Desert located between Namibia and Botswana. Healers of those tribes were the first to perceive the therapeutic potential of Harpagophytum procumbens / Harpagophytum zeyheri Decne, and especially of its roots. They began to use these roots to treat various diseases. In particular, they noticed benefits to relieve joint pains, muscle aches and digestive disorders. They also used harpagophytum to treat urinary tract infections, ulcers and blood diseases.

>>Have a look on our harpagophytum fair trade chain in Namibia

In the 20th century, benefits of Harpagophytum procumbens / Harpagophytum zeyheri Decne began to interest international scientific community. In 1904, a German doctor living in Namibia was witness to the medicinal virtues of this plant. Many studies were then initiated to understand the therapeutic potential of harpagophytum and identify powerful potent ingredients. Three main components were identified: harpagoside, harpagide and procumbide. Nowadays, these molecules are known to have a natural anti-inflammatory activity. Some studies show that they have also antioxidant, analgesic, anti-diabetic, anti-cancer, uterotonic, anticonvulsant and cardioprotective potentials.

>> Why should you prefer organic harpagophytum extracts?

Nowadays, harpagophytum is mainly recommended to relieve joint pains, muscle aches and digestive disorders. These uses are supported by many studies, including several clinical trials concerning the back pain relief as highlighted in a Cochrane review published in 2007. Moreover, benefits of harpagophytum are recognized by various health authorities. Since 1996, the European Scientific Cooperative on Phytotherapy (ESCOP) has accepted the traditional use of this plant in the symptomatic treatment of painful osteoarthritis, back pains, the loss of appetite and digestive disorders. Most recently, in 2016, the European Medicines Agency (EMA) also published a monograph on Harpagophytum procumbens / Harpagophytum zeyheri Decne specie which accepts its traditional use to relieve minor joint pains and digestive disorders.

In this changing world, the issue lies in adaptation, a major challenge, not.. by Chloé Blanchard

Plants and natural ingredients, resources impacted by the economic climate

Climate, the war in Ukraine and the sanitary crisis continue to affect the.. by Chloé Blanchard

The beer and spirits market: Responses of Natural Origins

In order to respond to the popularity of spirits and beer, Natural Origins.. by Graziella Dalibard

The interest for non-alcoholic (0.0) and low alcohol content beverages has.. by Graziella Dalibard

Beer, which includes malt based fermented beverages with an alcohol content of.. by Graziella Dalibard